Large, powerful legs provide speed and agility on the ground. Reduced wings also help with this task, but consequently, Rheas cannot fly. In fact, they lack the bone which flight muscles attach to in other bird species. 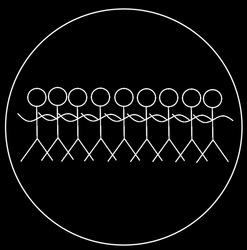 Large flocks
Males are often solitary and females move around in groups. Primarily polygynous, males attract between two to twelve females to mate with. Males incubate the eggs, which can be as many as fifty.

Rheas are the largest bird in South America and often congregate in mixed herds with other large animals, such as deer.