Where was it found?

Lived in the forests of Madagascar and ventured to coastal sand dunes to lay its eggs.

Large powerful legs for running and defence.
Reduced wings to allow for more efficient movement on the land, but flightless.

The mythical creature "the roc" is based on sightings of elephant birds in 1298 by Marco Polo.


Elephant birds were probably the heaviest bird that ever lived, estimated to have a weighed over 1100lbs. Even though it stood ten feet high, it was still not as tall as the extinct Moa birds from New Zealand that were up to 12 feet tall. In comparison, an Ostrich (the largest living bird today) is six feet tall and 300lbs.


Elephant bird eggs are about 160 times the size of a Chicken egg! Fragments can still be found in the southern Madagascar and David Attenborough has his own egg that he put back together from fragments he found. 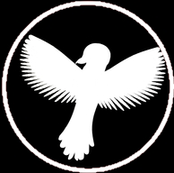