Hoatzin chicks have claws on their wings to help them move around the tree canopy while they can't fly. This is crucial as many Hoatzin chicks fall out of their nests into the water below and without claws, chicks would not be able to climb out of the water back into a tree. 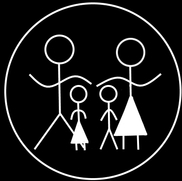 Hoatzins are sometimes called "stinkbirds"!
Hoatzins have special bacteria in their stomachs to help them digest leaves, but an unfortunate consequence is that bad smells are produced during digestion, hence the nickname.